The theory upon which Brilliant Light’s technology has been developed is based on the classical laws of physics. Dr. Mills’ Grand-Unified Theory of Classical Physics comprehensively addresses the basic problems in chemistry and physics using these physical laws in exact solutions. It solves the physical observables of the universe from the scale of subatomic particles to that of the cosmos—an unmatched range of 85 orders of magnitude (1 followed by 85 zeros). In contrast, the incumbent atomic theory of quantum mechanics only addressees atomic-scale problems and uses approximations and pure mathematics, devoid of physics. Brilliant Light’s wholly owned subsidiary, Millsian, Inc., is dedicated to developing computational, chemical-design software tools based on solving molecular structures using these laws. The essentially real-time, analytical solutions of the precise physical structure of molecules of boundless extent and complexity, not possible using quantum mechanics, further validates the classical theory relied on by the Company.

Brilliant Light’s wholly owned subsidiary, Millsian, Inc., is dedicated to developing computational, chemical-design technology based on solving atomic and molecular structures using the classical laws of physics as applied in the GUT-CP. Millsian software is a molecular modeling tool built on those solutions. Millsian 2.0 beta software can build exact 3D structures and precisely calculate the total bond energy and the heat of formation of almost all organic molecules and the major classes of compounds, including complex proteins and DNA of interest to pharmaceutical researchers. 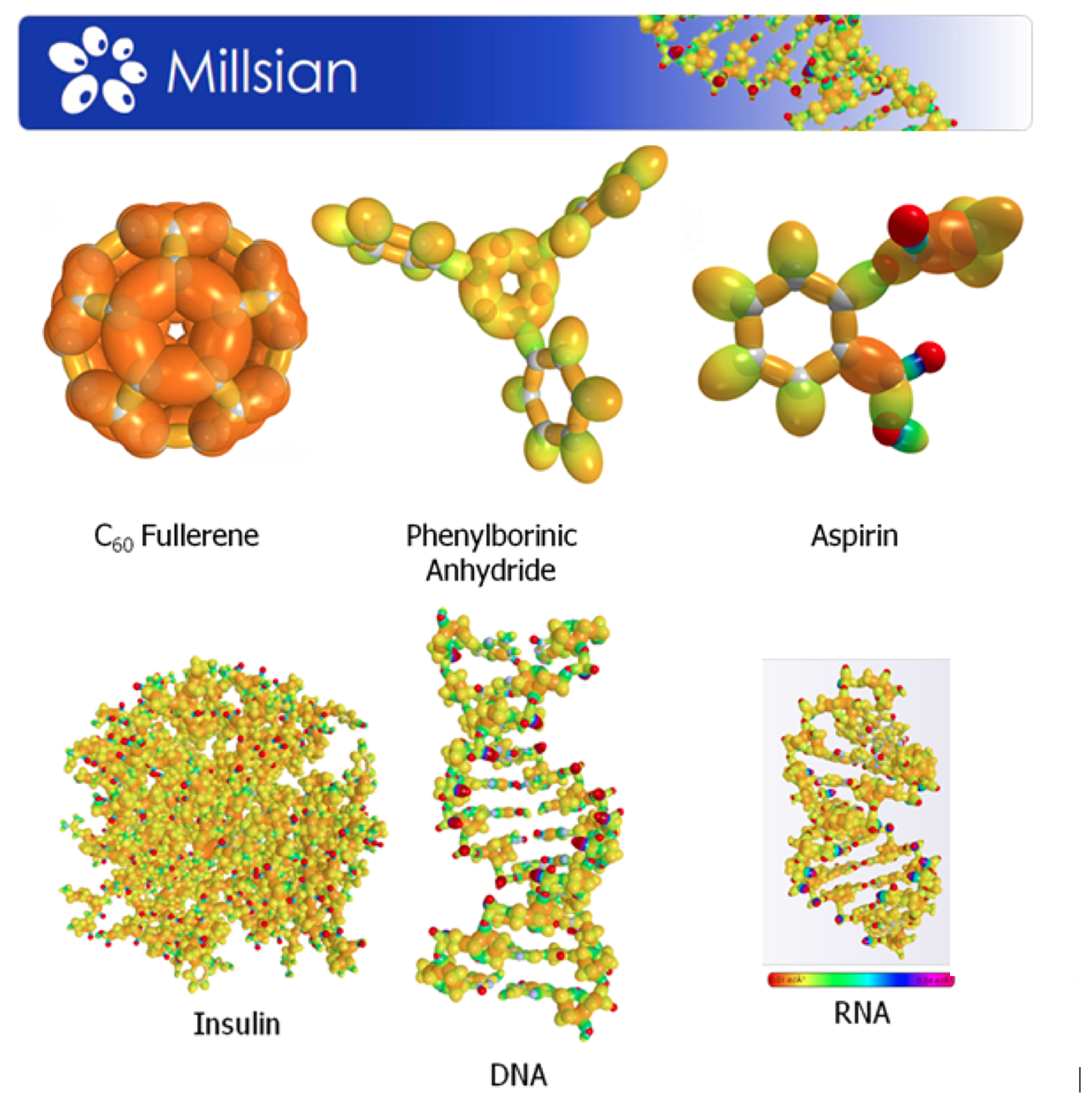 In a further advancement, Millsian 2.1 beta software, released in January 2012 can also determine a very important parameter of potential drug molecules that is predictive of bioavailability. By contrast, the majority of competitor molecular modeling software is based on traditional quantum methods that resort to approximations for even the simplest systems and are not very predictive. The Company believes that Millsian software will become an invaluable tool for conducting research and development. Furthermore, the Millsian analytical results which are more competitive in accuracy and acquisition time relative to quantum-mechanical-based algorithms that rely on approximations importantly validate the classical theory relied on by the Company. There are currently over 3,500 downloads of the Millsian software being used by academic and company notable groups. The classical theory has been vetted in independent journal publications [publications] and by formal validation [validation].