Power measurements were recorded with a Mightex UV-Vis-IR spectrometer over the range 180 nm to 800 nm at a 10 ms sampling time and with a 25 um slit. First, spectra were recorded with very low concentrations of hydrogen reactant and HOH catalyst such that a stable plasma just formed at an input power of 33.5 kW. The condition of limited reactants serves as control plasma light source for calibration purposes. A representative spectrum is shown below.

Next, the power was increased over time by adding 20 sccm O2 and about 2000 sccm flow of H2 based on the cell pressure while maintaining the input power constant. A representative spectrum is shown below. 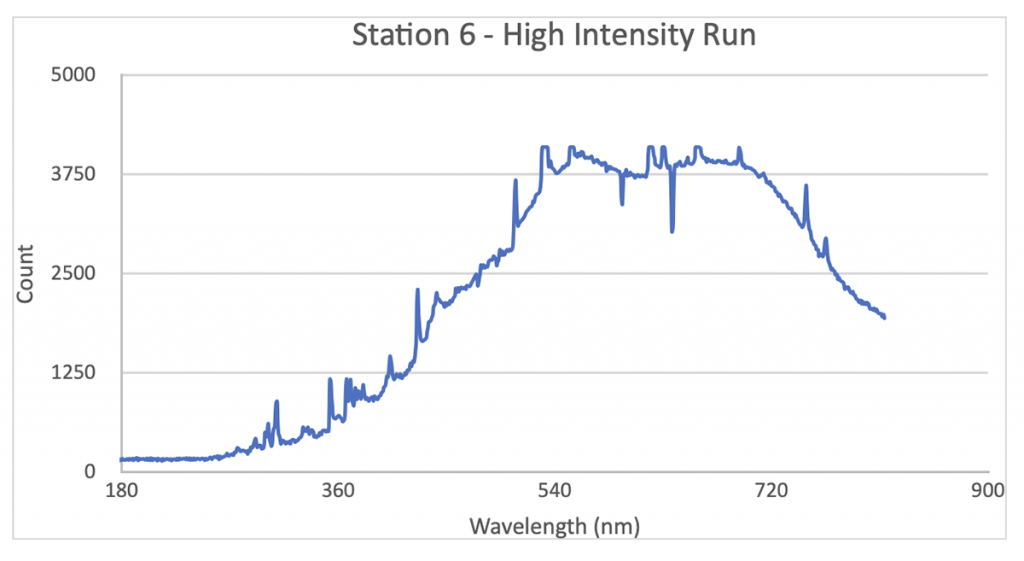