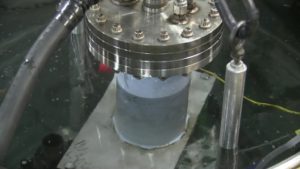 We are developing a new patented power source based on injecting and reacting atomic hydrogen with a catalyst to form a more stable chemical state hydrogen gas call hydrino that we have isolated and characterized by multiple spectroscopies and analytical methodologies.  The reaction kinetics and power are boosted by many orders of magnitude by the further injection of a molten metal such as gallium or silver while applying a very high ignition current at relatively unsubstantial voltages.  We have previously reported and independently validated power pulses as high as 20 MW with a power gain of 250 times from a 10-microliter shot comprising molten silver and a hydrino reaction mixture (https://www.sciencedirect.com/science/article/abs/pii/S0577907317316088).  In a subsequently developed continuous reactor called a SunCell® , high power was observed with no ignition power for several minutes.

Since the hydrino reaction is a novel power source, power, power density, and gain under various conditions are being charted for the first time.  We recently tested the SunCell®  with a commercial-scale molten gallium to water heat exchanger with two new innovations to boost the kinetics and thereby the power and gain.  The temperature of the SunCell® molten gallium reservoir that was vigorously mixed by an electromagnetic pump was recorded by a thermocouple.  The results of temperature versus time comparison of the hydrino power run (blue curve) with a deliberately suppressed hydrino reaction plasma run (orange curve) is shown below. In 7 seconds, the temperature of the hydrino power run shot up to 1500°C at which point the thermocouple failed and melted.  A very high rate of cooling was overwhelmed by the extraordinary hydrino reaction power.  As demonstrated in the attached thermodynamic analysis, a very conservative estimate of the gain and hydrino reaction power can be determined from the ratio of the temperature versus time slopes at a matched input ignition power for the same cell run under identical cooling conditions.  The two new innovations had a dramatic effect, enabling the SunCell®  to produce a power of over 1 MW in 0.1 liters corresponding to an extraordinary power density of 10 MW/liter at 34 times gain [Power Ratio Estimate 090420.pdf]. 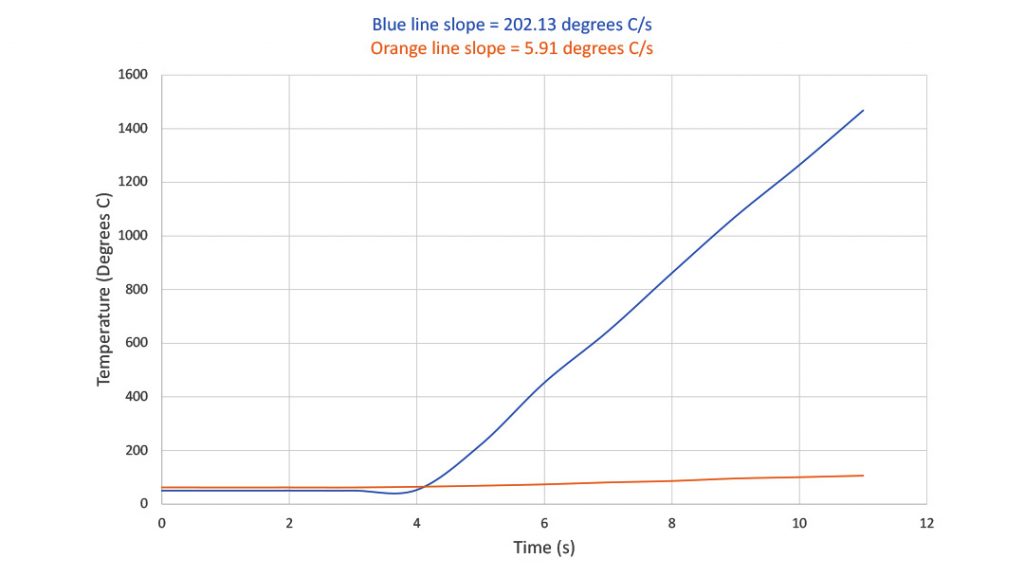 Audio to help explain this chart.

Due to installation of reaction chamber ceramic liners, follow-up inspection showed that the SunCell® was in mint condition except for the need for a replacement thermocouple.  The results of these trials additionally provided parameters for sizing of the heat exchanger for a thermal generator suitable for early field trials of a hot water heater and then a pressurized steam boiler.  We are also developing a molten gallium to air heat exchanger that can power thermal loads, and additionally serve as the power source of a Brayton cycle microturbine to generate electricity.

More details on commercial engineering of the molten metal heat exchanger, the gas turbine power system and also magnetohydrodynamic power conversion are given in our Business Overview Presentation [https://brilliantlightpower.com/pdf/Overview_Presentation.pdf].