The SunCell® was submersed in a 850 liter deionized water tank that was initially at room temperature. The SunCell® molten gallium internal temperature remained steady at about 350-400°C which is a typical operating temperature of a steam turbine power plant. Six water jets maintained a stable external cell temperature while avoidance of localized hot spot formation on the walls was solved using a tungsten liner. The run duration was extended to five hours while avoiding the limiting thermal tolerance of the water tank by exchanging hot water with cold deionized water from another tank. The SunCell® engineering issues are largely solved. 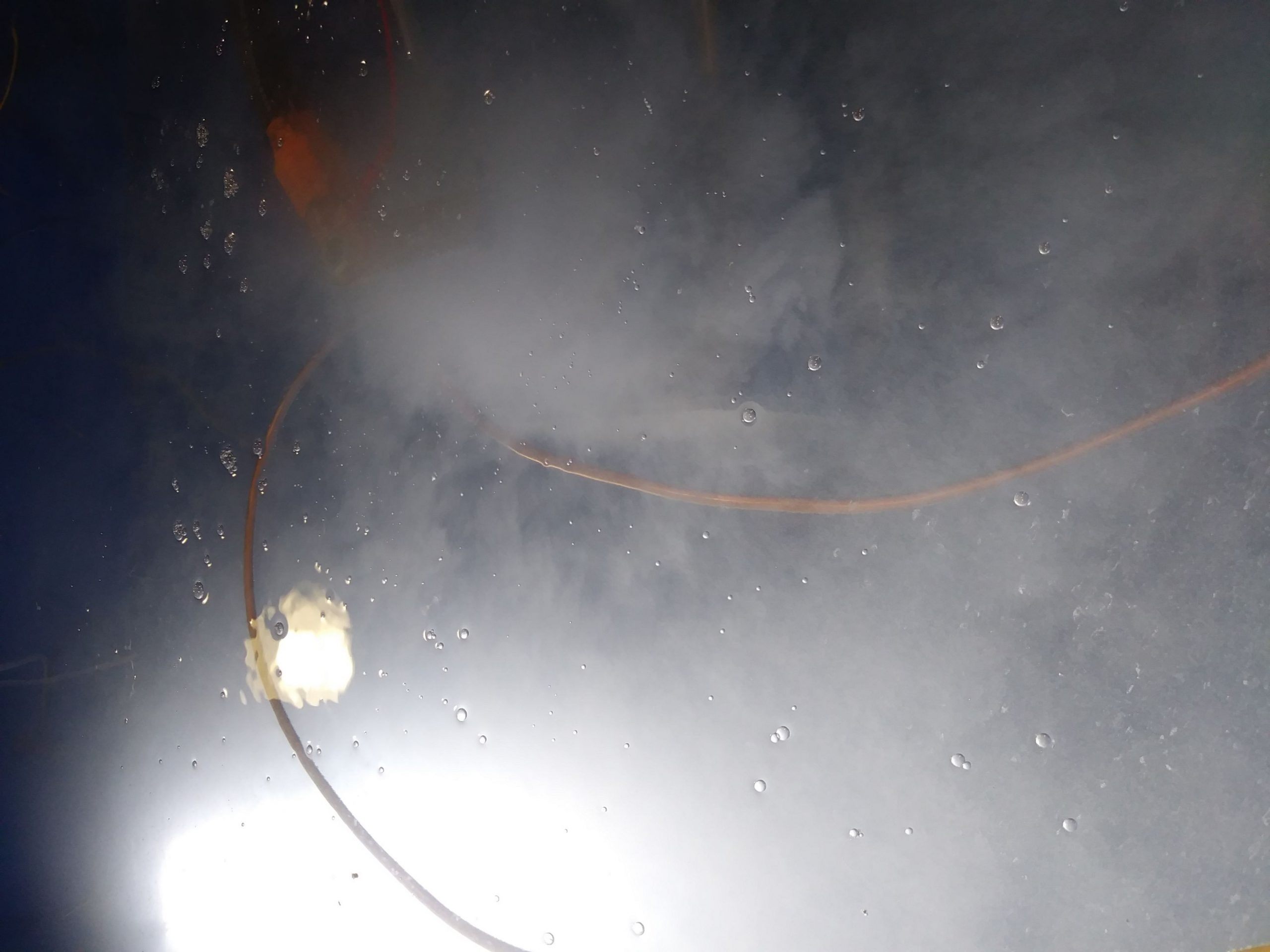