The SunCell® hydrino reactant gas mixture comprises hydrogen fuel added to fixed argon and trace gallium oxide inventories wherein the oxide serves as a source of O for HOH catalyst. The scalability and effect of volume on power production with a fixed ignition system was tested using identical spherical reactors having 6, 8, and 12 inch diameters. The 12 inch diameter spherical reactor is shown during assembly (see image below) and during a hydrino plasma run. Concentrator photovoltaic electric conversion systems and submersion of the SunCell® in a water bath are in progress to produce electricity and thermal power, respectively. View the video of the hydrino plasma run on our Videos page or directly on YouTube. 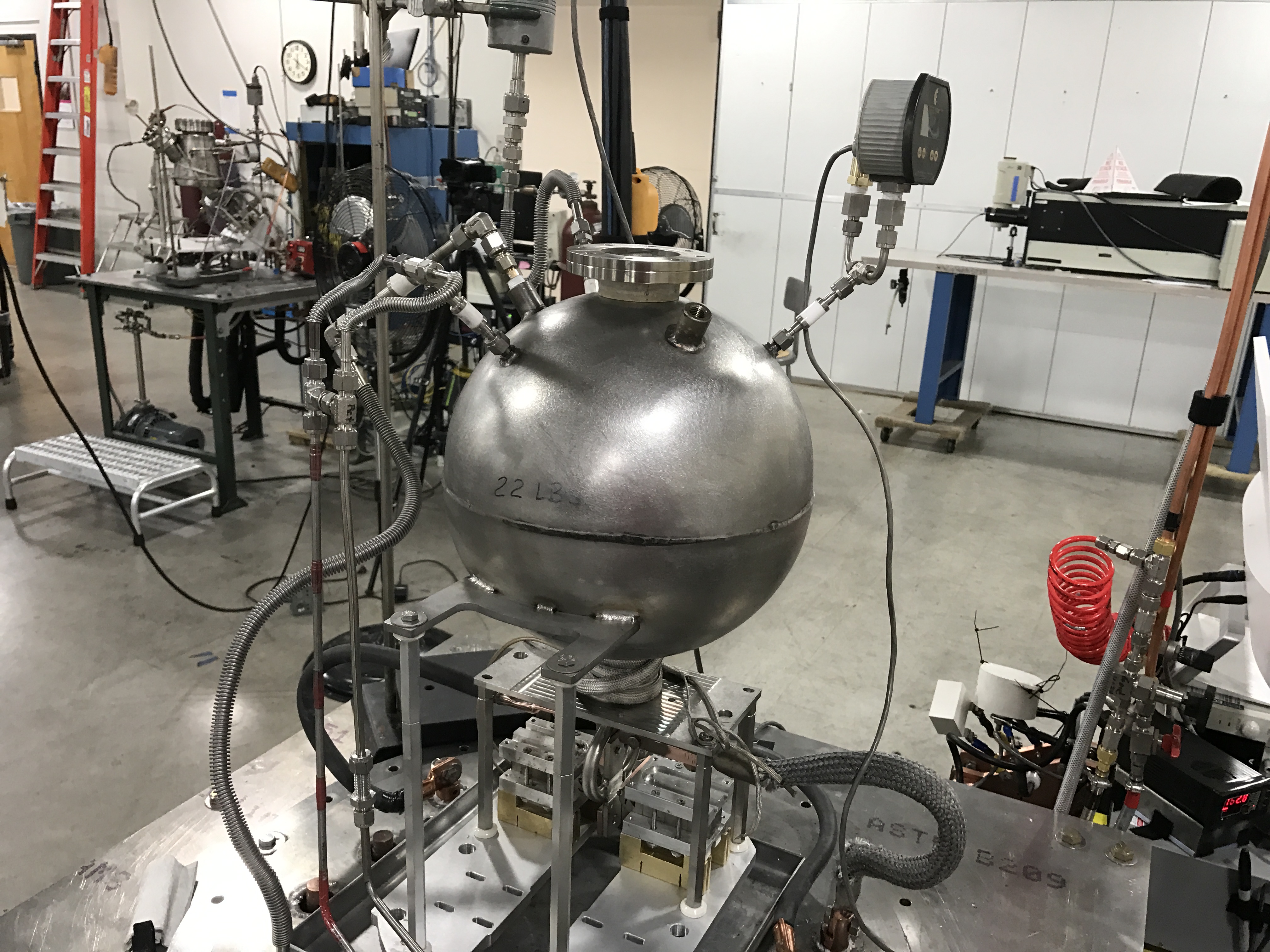