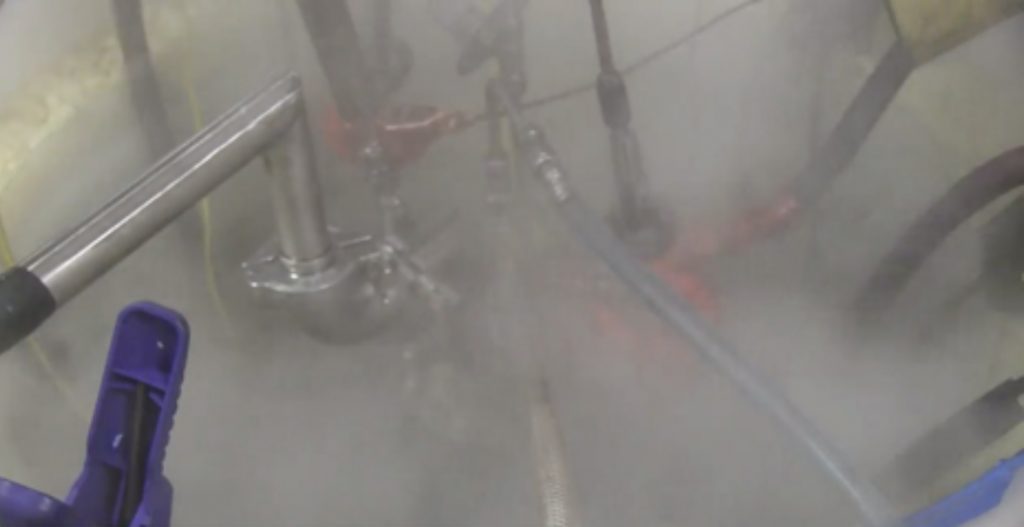 We are developing a new patented power source based on injecting and reacting atomic hydrogen with a catalyst to form a more stable chemical state hydrogen gas call hydrino that we have isolated and characterized by multiple spectroscopies and analytical methodologies.  We have previously reported and independently validated power pulses as high as 20 MW with a power gain of 250 times from a 10-microliter shot comprising molten silver and a hydrino reaction mixture (https://www.sciencedirect.com/science/article/abs/pii/S0577907317316088).  Years of development and engineering on a closed reactor capable of commercial operation culminated in the SunCell®  wherein the hydrino reaction kinetics and power are boosted by many orders of magnitude by the further injection of a molten gallium metal while applying a very high ignition current at relatively unsubstantial voltages.  The power has been validated by leading experts at the 340,000 W level for high temperature operation absent cooling which limited the run duration.  About a year ago today, we showed the SunCell running continuously generating steam in a large tank, but the cooling effect of the water significantly reduced the kinetics of the reaction.  Two more innovations were necessary to achieve the targeted high power, power density, and gain while under dynamic cooling, to realize the potential of the hydrino-based power source to displace old technologies such as fossil fuels and new technologies such as solar and wind that have significant limitations relative to fire.  The current SunCell power density of over 5 MW/liter surpasses that of fossil fuels with a capability of autonomous deployment independent of an electrical grid and fuel infrastructure.  Moreover, there is no fuels cost, no pollution whatsoever, and a capital cost of a small fraction that of any other power source.

We show here the success implementation of the two breakthrough innovations of (i) a means to condition the inflowing reactants of hydrogen gas and trace oxygen gas to form atomic hydrogen fuel and nascent water molecules, not hydrogen bonded to one another that serve as catalyst to accept a resonant transfer of energy from atomic hydrogen to form hydrinos at 200 times the energy release compared to burning the hydrogen, and (ii) a means to suppress hydrino product inhibition.  Specifically, we ran the first internal field trial of our 250-kW thermal reactor with a molten gallium to water heat transfer system to produce boiling water and steam on a continuous basis for the planned 45-minute duration of the trial.  A real time excerpt of 20% of the run time is shown in this video.  Inspection of the SunCell following the run showed that it was in mint condition and ready for the next trial.  We plan to run a series of internal field trials in preparation for deploying SunCells to commercial customers to perform field trials in their facilities.  Our first market objective is the thermal market, then the electrical market, achieved by mating the SunCell to a gas heat exchanger and a microturbine.  In addition to the presented water-based coolant system, we are currently working on a molten gallium to air heat exchanger with a large heat exchanger manufacturer.  The ability to produce variable temperature air from 100°C to 800°C will enable us to serve the balance of thermal markets as well as power the microturbine.  Following field trials, we plan to make the clean, inexpensive power widely available by outsourcing manufacturing, installation, and maintenance of the SunCells provided under a power generator lease .

Video of the internal field test.