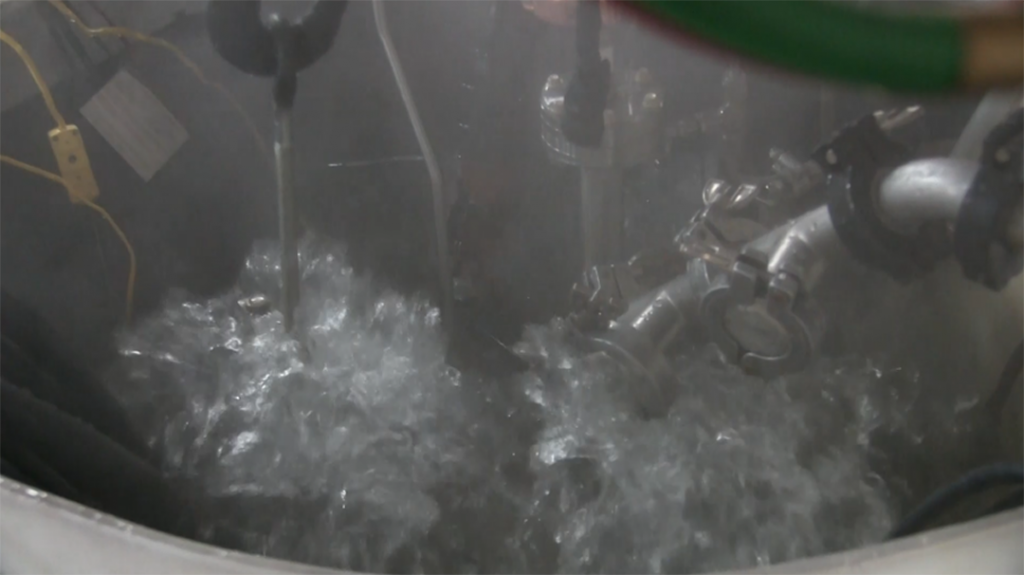 We have developed a new zero-pollution, primary energy source applicable to essentially all power applications. The theoretically predicted energy breakthrough is based on reacting atomic hydrogen with a catalyst to cause the atom’s electron to transition to a lower-energy orbital forming Hydrino®, a more stable chemical form of hydrogen that we have isolated and characterized by multiple spectroscopies. The proprietary SunCell® validated by experts at a scale of 300 kW comprises a hydrogen and catalyst injector and an electromagnetic pump that serves as an electrode that further injects molten gallium against a counter electrode to form a Hydrino®-reaction plasma with an energy release of 200 times that of burning the hydrogen obtained from water. We have Hydrino® “In a bottle” and spectroscopic methods achieved that identify Hydrino® in a dispositive manner by characteristic signatures that do not match any other known species. Patents are issued worldwide.

We are currently running a series of internal thermal power field trials in preparation for deploying SunCells® to commercial customers to perform field trials in their facilities. Our first market objective is the $8T/y thermal market, then the electrical market, achieved by mating the SunCell to a gas heat exchanger and a microturbine. In addition to the water-based coolant system in test, we are currently working on a molten gallium to air heat exchanger with a large heat exchanger manufacturer. The ability to produce variable temperature air from 100°C to 800°C will enable us to serve the balance of thermal markets as well as power the microturbine. Following field trials, we plan to make the clean, inexpensive power widely available by outsourcing manufacturing, installation, and maintenance of the SunCells® provided under a power generator lease.

We show in in this video the SunCell® at the 24-hour mark of a 100-hour trial in progress. It is very powerful with steam production so great that there is no water agitation needed or applied to achieve the required high heat transfer. The SunCell® meets our performance goal of ¼ megawatt of Hydrino® generated power at over 10-times power gain relative to the ignition power to maintain the Hydrino® reaction. More details on our new proprietary 100% pollution and CO2-free power source are given in our Business Overview Presentation.